Kimberley, B.C., will be home to largest solar project west of Ontario

With more than 300 days of sunshine each year, it’s no surprise that the City of Kimberley in the B.C. Rockies has its sights set on solar power.

Today, the city is an alpine ski resort with world-class recreation. But it wasn’t always known for its breathtaking mountain views; for much of its history, Kimberley was a major mining town. The Sullivan Mine, owned by Teck, was once Canada’s largest underground mine within city limits, and one of the largest lead-zinc mines in the world. 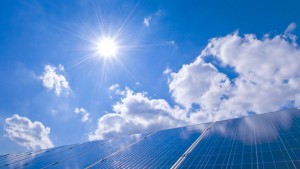 But by January 2015, the former Sullivan Mine site will house more than 4,000 solar-cell modules, as the home of SunMine, the largest solar project in western Canada, and the first one to have an electricity purchase agreement with BC Hydro.

Vancouver-based non-profit organization EcoSmart Foundation led the initiative to transform this historic part of Kimberley into a solar farm. EcoSmart partnered with the City of Kimberley, which owns the project, and Teck, which contributed $2 million in funding and offered the former mine site, to develop SunMine. The project was made possible in part thanks to the ability to sell the clean energy generated back to BC Hydro.